Qatar Airways and IndiGo to Work Together Strategically

Skift Take: Qatar Airways has been unable to launch its own Indian arm so it’s expected to announce this week a strategic cooperation agreement with IndiGo to drive more traffic to and from India. IndiGo keeps growing by leaps and bounds.

Case Studies in Wellness Tourism That Go Beyond the Spa: New Skift Research Wellness is now a full-fledged travel trend. In the photo, a woman exercises on a nature path. Emma Simpson / Unsplash

Skift Take: Wellness tourism is here for the long term. Understanding what it is today can help stakeholders find their place in this booming sector. The opening of the new Thomson store at Bluewater Shopping Centre, Kent, England in 2013. New entrants to the travel agent field have an abundance of training options.
Matt Writtle

Skift Take: With an influx of newcomers seeking careers as travel advisors, host agencies and consortiums are responding with new professional development options. Much of it emphasizes business skills, giving a reality check to those who view a travel career as an easy endeavor with lots of perks. Skift Take: The state of luxury is evolving and morphing. And the commonality of those who are forging resonant experiences is that they are looking outside of some of the tried-and-true formulas, mining heightened sensory territories that evoke something deeper in guests.

New Report: The State of Global Wellness Travel: Where the Sector Is Headed Next Skift Take: We’re more connected than ever thanks to technology — but at the same time, it often feels like this connection hasn’t really amounted to much. Perhaps this ongoing search for connection — with nature, our communities, and ourselves — is what’s driving the rapid growth of wellness travel and tourism.

Skift Take: The chairmans’ departure is just another sign that Thailand’s flag carrier is, well, a mess.

Chile Protests Scare Off Tourists With No End in Sight

A policeman battling with protests in Santiago. Bloomberg

Skift Take: Chile’s tourism industry is a lot poorer by “Eat the Rich,” a graffiti on a wall that’s an emblem of escalating protests. So are tourists who are canceling or not booking a destination that has such a rich and diverse range of attractions.

An Interview with Nomadic Matt: Ten Years A Nomad 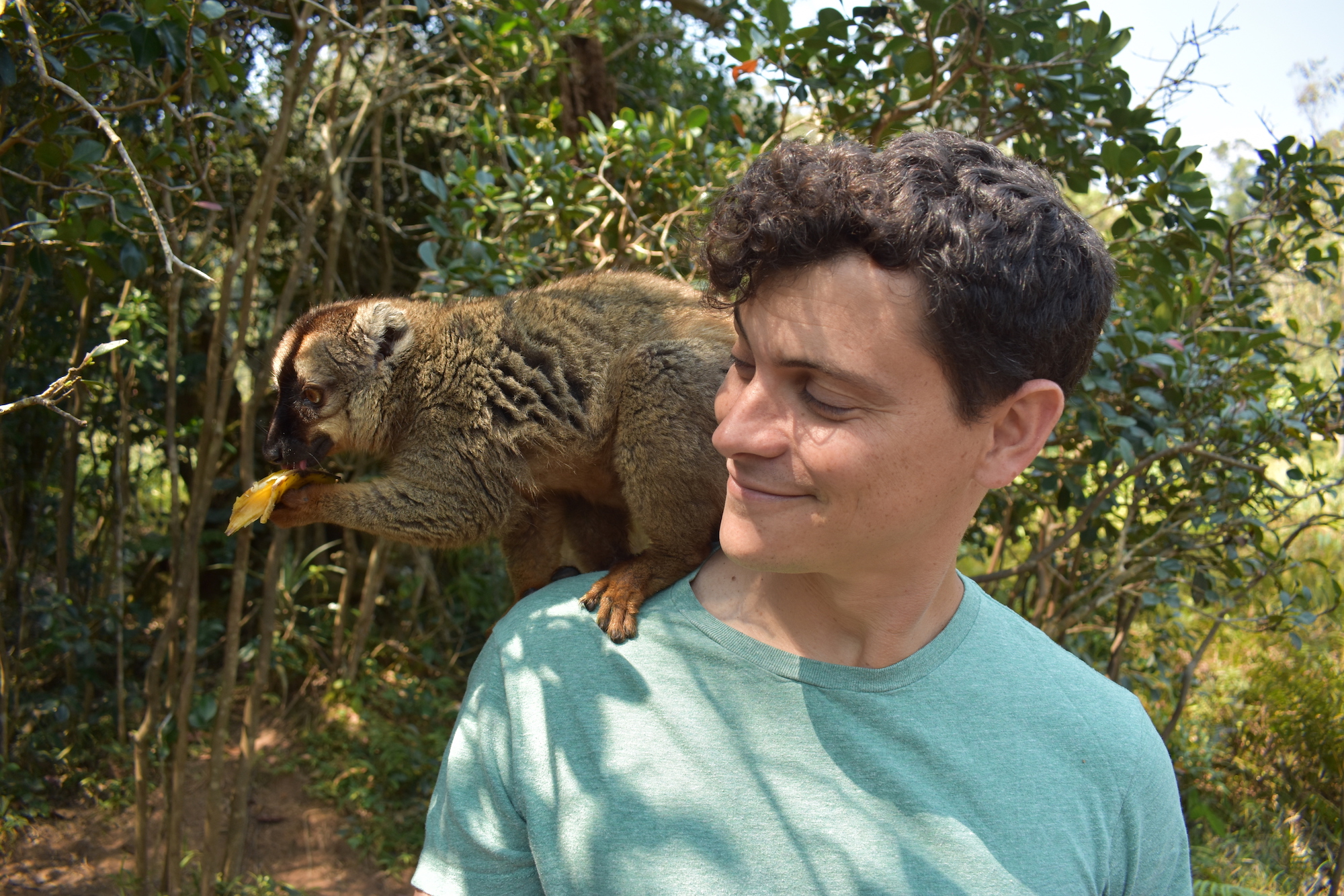 If you read travel blogs, you’ve almost certainly come across Nomadic Matt at some point. He’s another member of the original travel blogger gang, having started, just like I did, well before there were millions of blogs out there.

Recently, Matt published a new book, Ten Years A Nomad. So I decided to ask him some questions in order to get a better understanding of his own life of travel and why his book is worth reading.

If someone has read your blog, what will they learn from Ten Years A Nomad that they haven’t already learned?

I think the biggest take away from the book is that there is more to traveling that just the hard and fast details. On my blog, I share tons of tips and tricks and suggestions to help people travel better, cheaper, and longer. And, while I also share my thoughts on the psychological and emotional side to travel, you can only go so deep in a 2,000 word blog post.

What Ten Years a Nomad does offers is much deeper, more reflective commentary on travel. I don’t just share the how of travel — but the why. What compels us to leave home? What drives us to want to explore, to break free of the grind? What do we think we will find out there that we are missing in our lives?

At its core, Ten Years a Nomad will show people that it is possible to throw caution to the wind and make your travel dreams a reality. It won’t be easy and it won’t always go as planned, but it’s possible. You just need to be willing to take the risk.

During those ten years of travel, what’s one travel experience you hope you never have again?

Being stabbed. Can’t say I recommend it!

It happened when I was backpacking Colombia. A young kid tried to steal my phone and I wasn’t thinking and just instinctively refused, holding onto my phone as he tried to pull it away. He ended up punching me a view times before running off when I started to yell for help. What I realized a few minutes later was that those “punches” were actually cuts from a knife.

I was lucky and there was no permanent damage, though I did need a couple dozen stitches (Lesson: always buy travel insurance, folks!).

That being said, I really did love the country and would definitely go back. I’ll just be a little more careful next time!

Who’s the most memorable person you’ve met on your travels that you only spent a few minutes with?

The first group of backpackers I met in Thailand, to this day, still stand out as such a memorable and formative interaction. Back then, I had no idea that long-term budget travel was a thing. I was stuck in the “travel is a vacation” mode of thinking, not realizing that there was a whole world out there that I could be exploring beyond just a two-week holiday.

That interaction, as brief as it was, was eye opening. It’s what inspired me to quit my job and take a year off to travel…which eventually turned into a decade of traveling the world and a career that has given me the freedom to live the life I want.

Why did you stop being a nomad after ten years?

After 10 years of traveling, I just wanted to slow down a bit. It can be hard to focus on work when I’m always on the road, and it is also hard to build healthy habits too. Exercising and eating well are much easier when you have a stable place to stay in a place where you aren’t tempted by all the new foods and drinks a country has to offer (or at least tempted a little less!).

But while I may not be a “nomad” I’m still traveling regularly. Just in the past few weeks I’ve flown to New York, Los Angeles, and I’ll be heading to London in a couple weeks for a conference. So it’s not like I’m giving up traveling — far from it! I’ll just be traveling a little less, that’s all.

(Then again, I’ve said that I would slow down my travels before and that never lasted…so we shall see how it goes this time!) 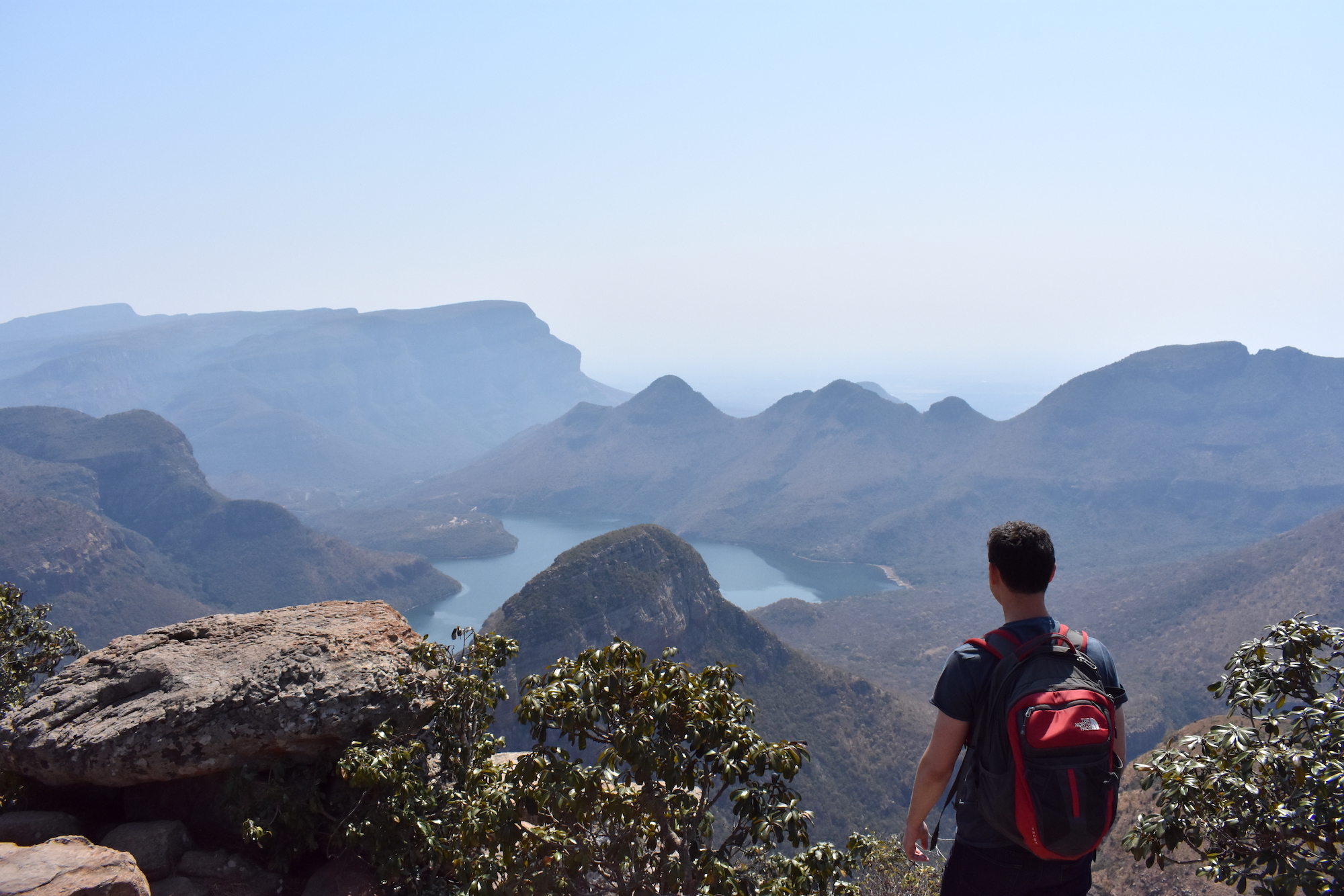 What makes travel so important to you that it took over a ten-year period of your life? For me, it’s the really small, rewarding interactions I have with people all over the world, people that I would otherwise never come into contact with if I wasn’t traveling. Those interactions are like a powerful fuel that makes it almost impossible for me to stop this traveling lifestyle. What was it for you?

Travel is the ultimate teacher. It forces you to learn about other cultures and people, to find common ground, to develop new skills and improve old ones. It pulls you from your comfort zone in ways you’d never expect and illuminates things about yourself you might not have known.

But one of the things I love the most about travel is the freedom. You can go anywhere, do anything. You’re the captain of your own ship, which is both daunting and liberating at the same time. It forces you to take control of your life. To take risks. To make decisions. To me, that’s something I’ll never get tired of and something that has greatly improved the personal skills as well as the quality of my life.

What’s the last place you’ve been overseas where you’re pretty certain there were no other travelers around?

This question is getting harder and harder to answer as travelers are branching out to more and more destinations. But some places I went to where few have gone were Westfjords in Iceland, Madagascar, and Azerbaijan. Some towns in rural northern Thailand and a random town in Panama.

You’ve mentioned the book can help people be a ‘better traveler.’ What do you mean by that?

All too often, I see travelers just bouncing from our sight to the next, snapping their photos for Instagram before moving on. Sure, it looks good on social media, but there is no depth to it. There is no interaction with the locals, no learning about the country’s past. It’s a very one-sided and one-dimensional experience.

What I hoped to do in Ten Years a Nomad is show that it is not only possible to travel a little deeper but it is also much more enriching. You meet new people, you try new foods, you learn new things. It’s not just about getting a few selfies and then partying the nights away.

That’s not to say you shouldn’t take photos or have fun, but rather that travel is such a unique and privileged experience that we should be working a little harder to make the most out of it.

What’s one piece of advice you’d give that can help any traveler, no matter where they might be in the world, make the most out of their day?

If everyone is turning right, go left.

All too often, travelers jump through the same hoops just to see the same things, take the same photos, and buy the same souvenirs. And of course, there are sights that you shouldn’t miss. But if you want to do something new and unique, head in the opposite direction of the crowds. Wander through local neighborhoods, find a local restaurant that doesn’t have an English menu, get lost and ask someone for directions. Do the unexpected. Force yourself to adapt as you stumble into uncharted territory. You’ll have a much more authentic and unique experience that way.

Since you lived out of a backpack for 10 years, what backpack do you recommend?

I’ve been using the REI Flash 45 for years. It’s my favorite travel backpack and the one I use for all my trips. It’s big enough to hold everything I need but it can also fit as carry-on only if I need it to. It’s the best of both worlds.

I think for most budget travelers, a 38-45L bag will suffice. Unless you need cold-weather clothing or have camping gear (like a tent and sleeping bag) you shouldn’t need anything bigger than that. Sure, you can fit a lot more in a 65L or 75L bag — but you also have to carry that with you all the time. That loses its charm pretty quickly, especially if you’re on a budget and walking a lot!

The post An Interview with Nomadic Matt: Ten Years A Nomad appeared first on Wandering Earl. Skift Take: For boutique hotels to cut back on plastics, customers have to demand it — and then cooperate.